Assaults on liberty by mere grifters.

The original title of this piece was The Big Lie, but that now seems to refer to Biden’s election victory. Rightly or wrongly, the term stuck like tar, a huge reflection of our times.

The “sting” refers to the moment when a con artist finishes the “play”. In a successful con, the mark doesn’t realize he’s been cheated until the con men have flown the coup.

For today’s biggest grifters, the jig may soon be up.

A good con man needs to have the trust of his victims. That’s the heart of any good confidence game. After the last 18 months, how many of us will never trust our governments again?

We write children’s books teaching kids to #QuestionAuthority, and even I’m flabbergasted.

Our institutions together with their corporate masters have shown themselves as evil manipulators, crafting elaborate lies to herd us into pens only for their own exploit. It’s never been about public health.

Hobnobbing from pampered perches in government and big business, these sociopathic, world-improvers have zero respect for the little people.

They don’t trust us with the truth, respect us enough to care, or have any clue that they’re playing with fire.

Shouldn’t our leaders have integrity?

At the very least, should they not be smart enough to know the importance of trust? Trust in our institutions is earned in decades, and lost in moments. Without it, they have nothing.

COVID-19 has been a big, fat lie drenched and coated in more lies, spoon-fed to the plebes while America is hollowed and plundered.

They’ve been lying to me since they put the Food Wheel-turned-Pyramid into every classroom, but even for them, these lies are astounding. 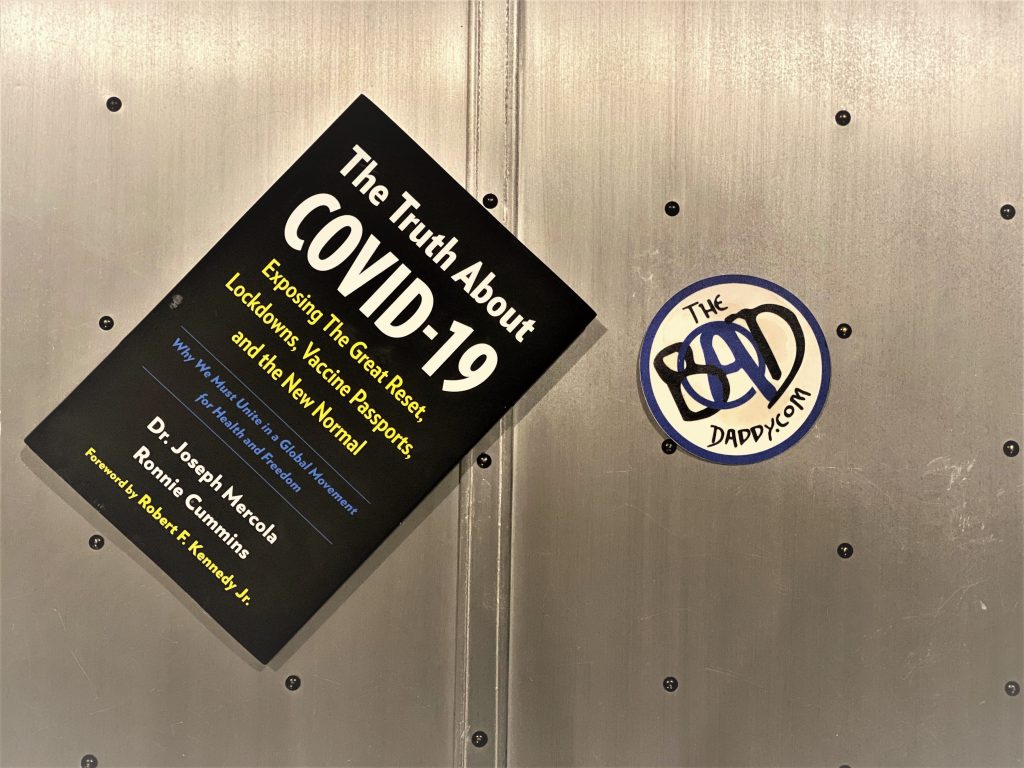 On my coffee table lies The Truth About COVID-19, by Ronnie Cummins and Dr. Joseph Mercola.

It relays most of the same ominous details we’ve been sending in our column, ones we’ve gleaned from information scouts like Chris Martenson, Chris Irons, George Gammon, Mark Moss, and Doug Casey.

That you’re hearing it from Dr. Mercola says that our instincts are likely spot-on. They should not be shrugged off as conspiracy theories.

Here’s the sequence of events, ‘the sting’ as we’ll now call it-

The whole thing is despicable, even downright criminal. We should be having Nuremberg trials for anyone involved in perpetuating these lies on the American populace.

My Spidey-senses are tingling about what’s to follow. Actually, that gives me too much credit. It’s not a Spidey sense if you just acknowledge the words that come out of their mouths.

The world elites (best represented by the World Economic Forum, or WEF) are now telling us that climate lockdowns and cyber-pandemics are coming.

We just had two cyber-attacks on both US energy (the Colonial Pipeline) and US food systems (JBS). What’s more critical than those? Yikes.

Those were likely warm-up sessions, and almost certainly not done by Russia. It smells like a false flag. Fool me once, shame on you. Fool me a gazillion times, and I might start to catch on.

That ransoms were demanded in Bitcoin also seems set-up for a takedown. Attacking its energy consumption does as well; bogus memes designed to herd us into pens and point fingers at each other.

They used to call this ‘psyops’, at least when they did it on foreign soil.

Two others to start following now.

One of the best ways to stay ahead of curveballs coming down the pipe is to have your trusted information sources vetted well in advance.

I’ve mentioned my go-to’s before, some above, and more in our free Ultimate Parent’s Money Guide (free download below). Two that haven’t made the list until now are worth calling out here.

I stumbled upon these two women more recently, and they have not disappointed-

You need to have information sources you can trust who are outside the machine, and I recommend both.

We are now living in a world with real-life, James Bond level villains – Anthony Fauci, Bill Gates, Peter Daszak, Klaus Schwab. They quite literally discuss unleashing pandemics and blacking out the sun.

These villains are trying to reshape the world for our children. While it makes for an exciting time to be alive, it’s also bone-chilling.

Your kids better leave your house well-prepared, and wise to the game.

Want to raise empowered, resilient kids who can see behind the curtain, who know how the money system really works, and how to use it? Kids who understand debt, the business cycle, and the risks inherent in groupthink?

You’ll love them (so will your kids!), or we’ll refund 100% of your money, and you can keep the first one anyway. No risk whatsoever, and nothing to send back. Also try our free starter guide below-

Want more like this? Try 2020 and The Madness of Crowds.