Save your kids from the busted fate of the Millennials

Broke, childless, and crippled with debt, their life prospects are all but shattered.

A 41-year-old father of four, I have a confession: I’m scared for my daughter and three sons to grow up, move out, and fend for themselves.

The world that awaits is not the one I faced, and nothing like the wave their grandparents rode, when career-services funneled smiling, debt-free graduates into management-training programs with strong salaries, great benefits, steady raises, and fully-funded pensions.

Young Americans are in worse financial shape at this stage than every living generation before them. Despite a decade of GDP growth and unprecedented levels of formal ‘education’ (throat clearing audible), they have less wealth, less property, lower marriage rates and fewer children.

How could they not be totally f—ed?

A decent apartment even in a 2nd tier city can run a couple thousand bucks per month, and after Uncle Sam gets his pound of flesh, what’s left of their pay is divvied up between two giant, blood-sucking squids:

(a) the healthcare, health insurance racket (a total dumpster fire)

(b) the university-industrial-complex, whose massive debt loads hang from their necks like cinderblocks, suffucating them slowly over decades

And for what? Where’s career-services now?

The future is bleak, driving for Uber.

How will our kids ever provide for families of their own? How will they buy a home, with inflated real estate prices a national policy goal?

What will your son put on the ring-finger of the girl of his dreams? If your kids don’t want the life we chose, more power to them. But what if they do?

What if they do want kids of their own, a little boy and two girls – your grandchildren – and a safe, clean neighborhood to ride BMX through the mud?

To sling baseballs, frisbees and footballs, to sell lemonade by the glass under the maple trees, as the hot summer sun gives way to the changing autumn leaves, to trick-or-treat with a ragtag crew of princesses, pirates, kitty-cats, and super heroes, hand-in-hand under a harvest moon?

What if your daughter dreams of being a mom to four kids in a great, big Victorian home with a porch on all four sides and a red brick chimney leading down to the mantle where the Christmas stockings hang, overlooking a snow-covered tire swing in the yard and an old basketball hoop over the garage?

What if they yearn for that life, but it passes them by, always out of reach?

“If I can’t afford a home, I definitely can’t afford kids,” Joy Brown told the Wall Street Journal. A 32-year-old Millennial, Joy is in the prime of her life, but owes $112,000 mostly in student loans, crippling her $75,000 salary. “My peers and I feel like we’re playing catch-up in the game of life.”

I feel sadness for Joy and her peers. It was a raw deal they got.

They did what was expected of them, and now have little chance to deliver the life most aspire to. It’s tragic, the way the system preyed on them.

It worries me, how it lurks in wait for your kids and mine.

A better shot than Joy got

The bad news for Joy is that her goose is cooked.

The good news for you is we can do it differently. We don’t have to push out another lost generation of wind-up toys ready only to get mowed down by the new game of life.

We can see what went wrong, and fix it.

Joy was taught to trust a broken system. The one that worked so well for our parents, then limped across the line for you, is unravelling now.

We’ve talked about why elsewhere (we’re adamant about the reason).

Joy and her peers blindly followed the herd. They borrowed massively for near-phony, near-worthless diplomas, with no real financial education, whether in school or home.

They got spit out into an unforgiving world unlike the one they prepared for. The history books they read in school were mostly just fables. The fix was in.

Like babes in the woods, they were feasted on, eaten alive by a debt-based money system that like the blob must keep growing, and only by issuing more debt.

The irony is the system now worries that they have nothing saved to buy their parent’s big homes, stock portfolios, or help fund their retirements. What will happen to asset prices? That must be karma.

The world changed, but Joy got the message late. She missed the opportunity to start on the right foot, in the home, with a savings and investment plan for children.

The single biggest advantage in the history of capital formation is time, and those who have the most – kids – are kept in the dark until their advantage is gone.

In March, my family took back control.

We put our kids – ages 10, 8, and 1 – on their own plans, carefully designed over many months, and after years of research. I started sleeping better immediately.

The biggest challenge was finding options that cost us nothing, so they can start small and won’t be derailed by fees or inertia. We broke it into 10 steps, put it in a “contract”, and signed it together.

Mia and Ryder will not end up like Joy’s generation- 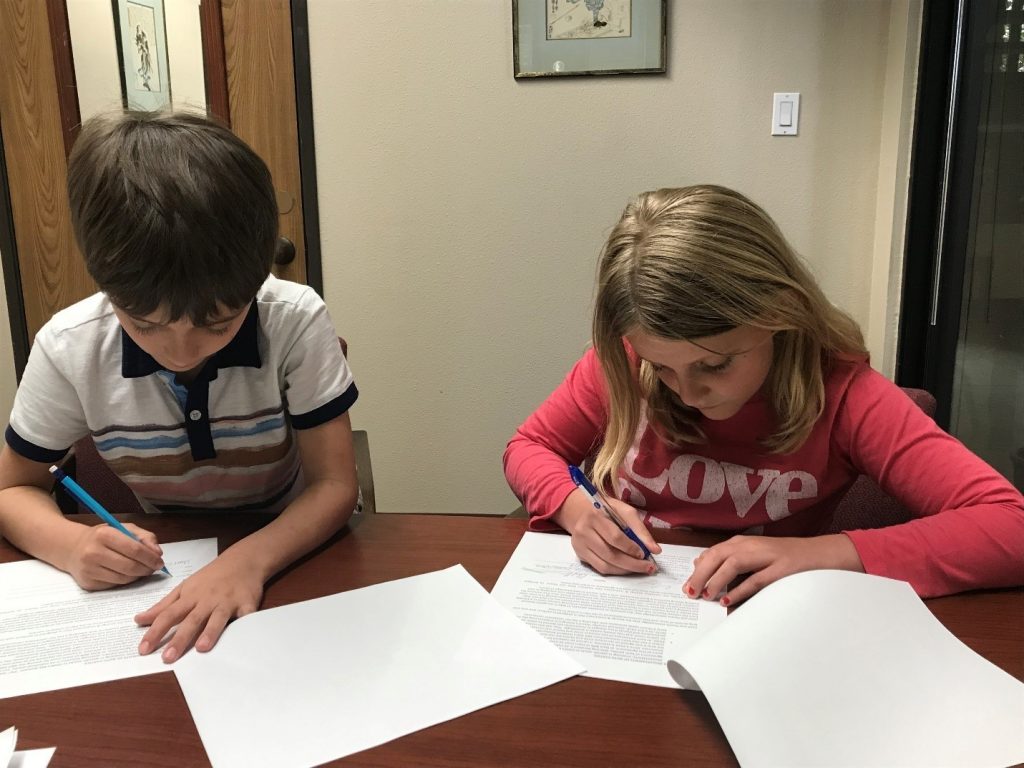 Their plans are completely automated, working even while they sleep (especially good for the little ones!). River and Finn will not end up like Joy’s generation- 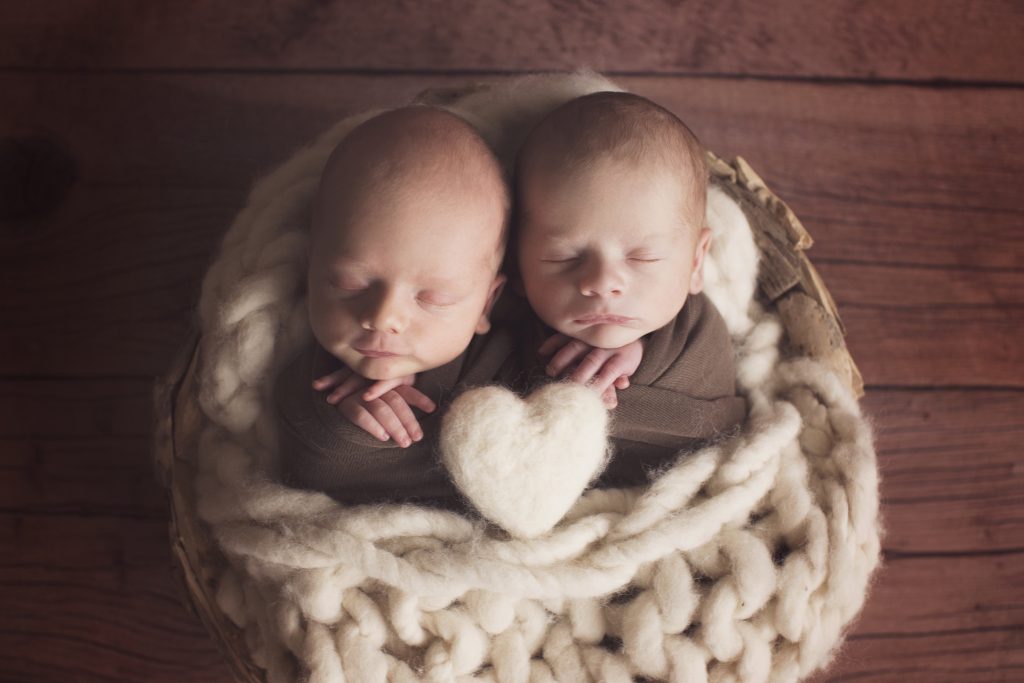 Small weekly amounts are sent to savings (40%) and investment (60%) accounts, where it’s split into stocks we picked from 50 of the safest, strongest, most bullet-proof companies available.

We discussed when they will invest the other 40% to take advantage of better prices. We reviewed and summarized other key investment classes, and we talked about debt.

We did the math, and though starting small, with history as a guide, they will be millionaires in 32 years, when they’re ages 42, 40, and 33.

The power comes from compounding, but you have to start early. In 32 years, I won’t be much use to anyone, but the timing for them is perfect.

They’ll be making memories in a beautiful new home with a treehouse and tire swing out back, a giant kitchen island, and two Viking ovens, one for the 30-pound Butterball, and the other for custard apple pies.

Someday, from some Thanksgiving three decades in the future, I’ll look back on our foresight and smile. The laughter of kids in the yard, and clanging of glasses in the dining room, will tell three generations of stories, serving as chorus in that moment to the Cowboys game kicking off in the den.

Until then, my kids and I will talk about their investments now and then, and what it means to be a shareholder. Each year on their birthday, we’ll review asset allocation. We’ll compare performance.

Ryder is ahead today — the smile on his face a mile wide — and Mia right behind, anxious to catch up. 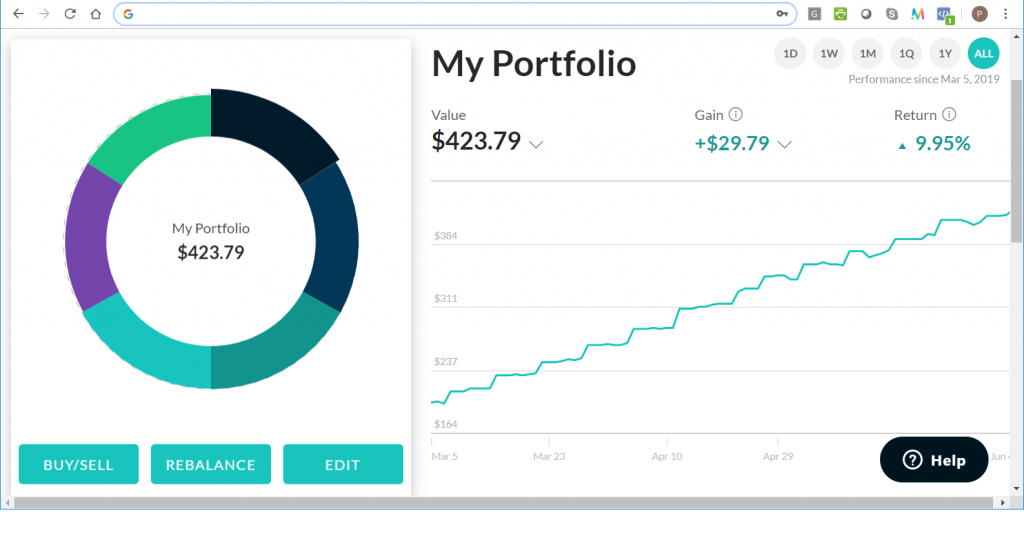 Ashley and I talk about money and debt with our kids — we have to — but mostly we throw footballs, we read stories, we build rockets, and make volcanoes. We make the memories that someday, they’ll make with their own families, because they learned early how to plan for the world that awaits them.

They’ll learn to skate not where the puck was, but to where it is going.

Today, we’re making the Plan available to your family, at no cost.

To our subscribers who have already implemented it, please send us your feedback.

Want more like this? Try Father’s Day Dilemma, and as always, question authority.